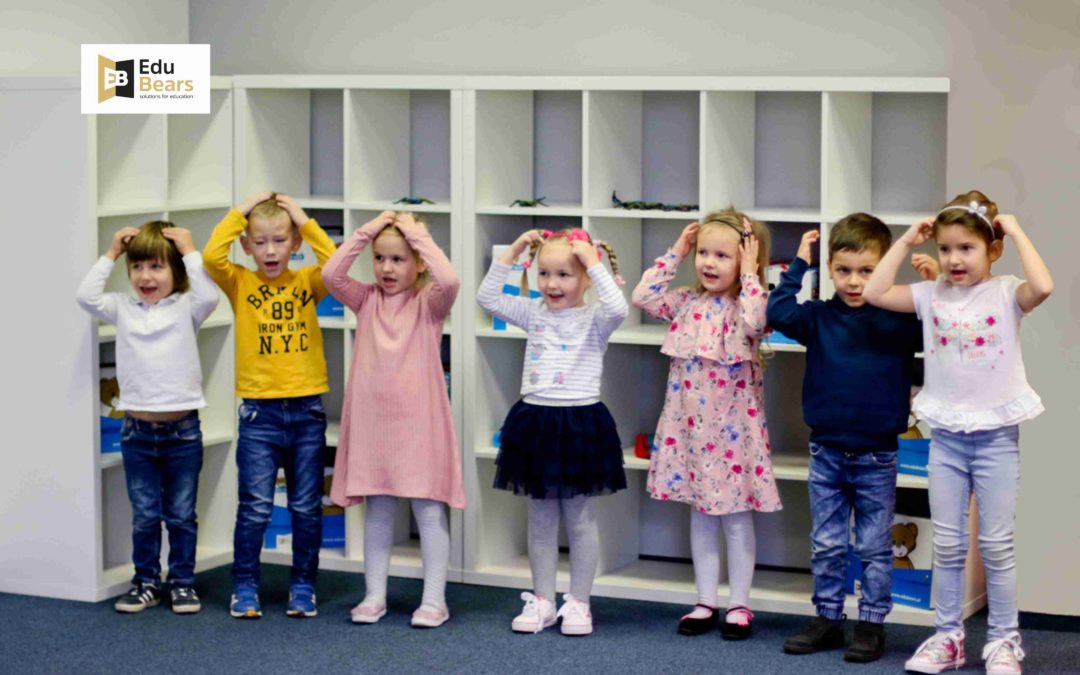 In the previous article in the series dedicated to teaching pre-school children aged 2-7 we presented our approach to exploiting songs as a valuable source of language for this age group. This episode will be focused on the TPR method. All episodes were published in the Teacher Magazine, in 2013.

Developed by James Asher, TPR relies on the assumption that learning a foreign language can have similar developmental patterns to that of first language acquisition. A child responds physically to the speech of their parents. The responses of the child are positively reinforced by their speech. In the initial period the child absorbs the language without being able to speak. After this stage the child is able to reproduce the language spontaneously. With TPR the language teacher tries to mimic this process in class. (Asher, 1969)

Language input is reinforced by movement and gesture, which promotes better understanding and remembering. TPR is a form of play children easily engage in which also facilitates learning.  Furthermore, a physical reaction is a clear sign informing that a child has reached the first step of acquisition  – understanding.

I will try to show how to use TPR to the point of  kids’ successful language production and manipulation. I will demonstrate this below, on the basis of a funny recording accompanied by a set of flashcards. The recording consists of a series of commands and it is called “Showtime!”

Drive a car! – click to see the video and listen to the recording. 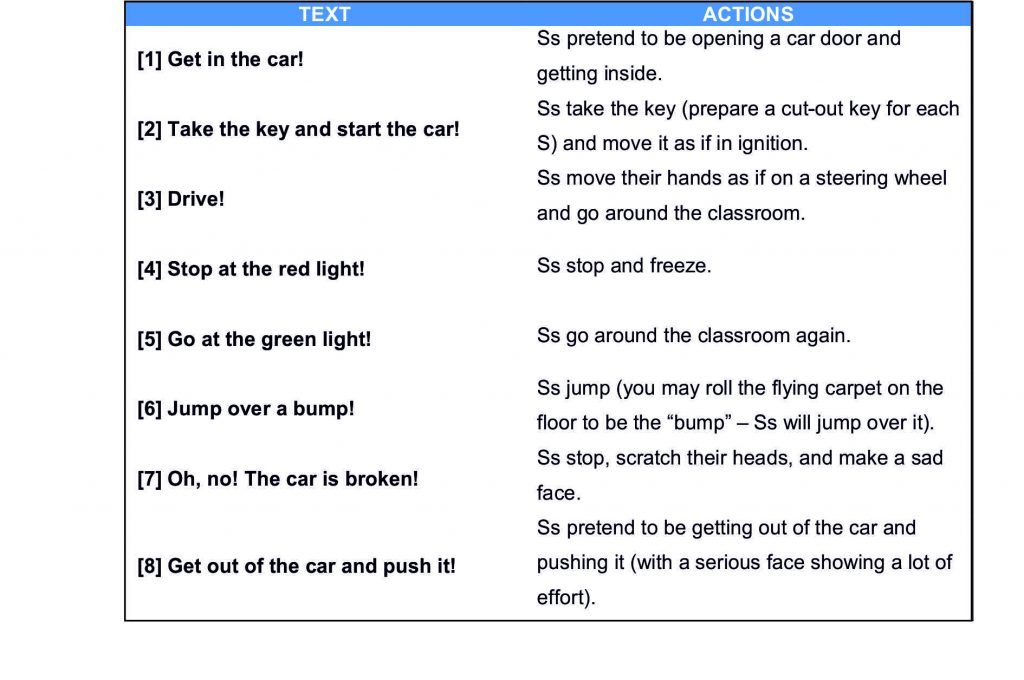 First the teacher acts out the expressions (along with the recording) so that students understand their meaning without translating. Later on they follow teacher’s actions and start to associate spoken sentences with certain actions. Movement is natural for young learners. Their concentration span is still very short and such activities work very well. When the recording is rhythmical the students are interested and engaged. The actions are quite easy to demonstrate, involving children even at an early stage. The text may be repeated many times because it is a lot of fun and the children feel like they are playing rather than learning. Students gradually remember whole sentences, which is the ultimate goal of the activity.

Below is a framework which describes and explains the stages and steps of introducing and practising the Showtime. 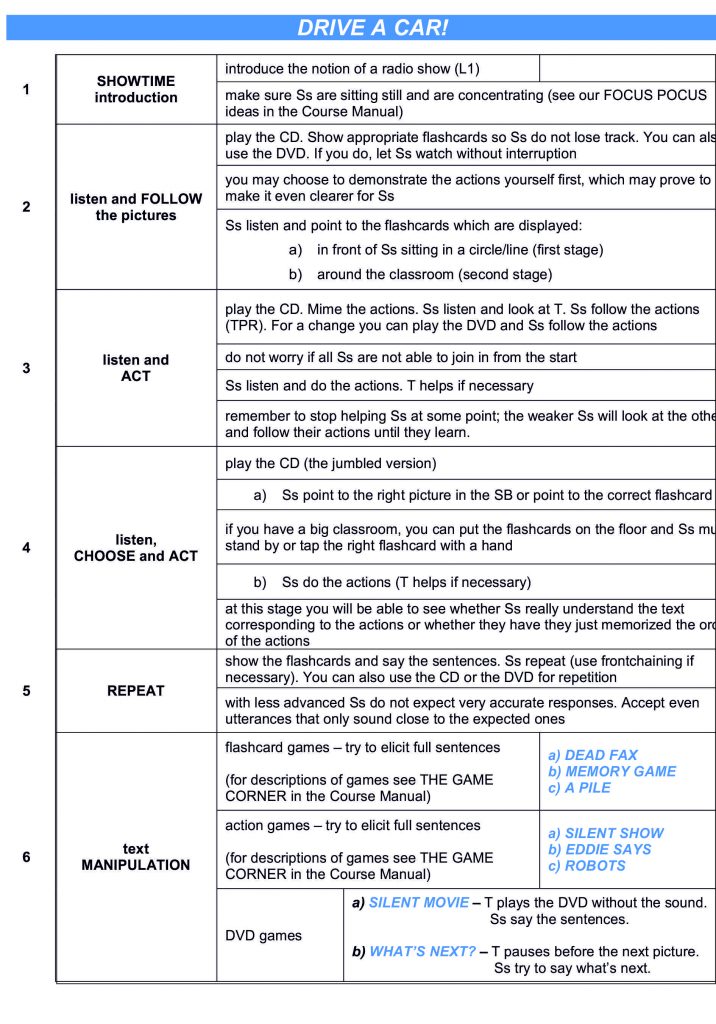 The steps described above are scheduled for several lessons and they should be introduced gradually, three or four during one lesson. It is important to lead the students to reach the final stage and still have fun with more and more challenging, though doable, tasks.