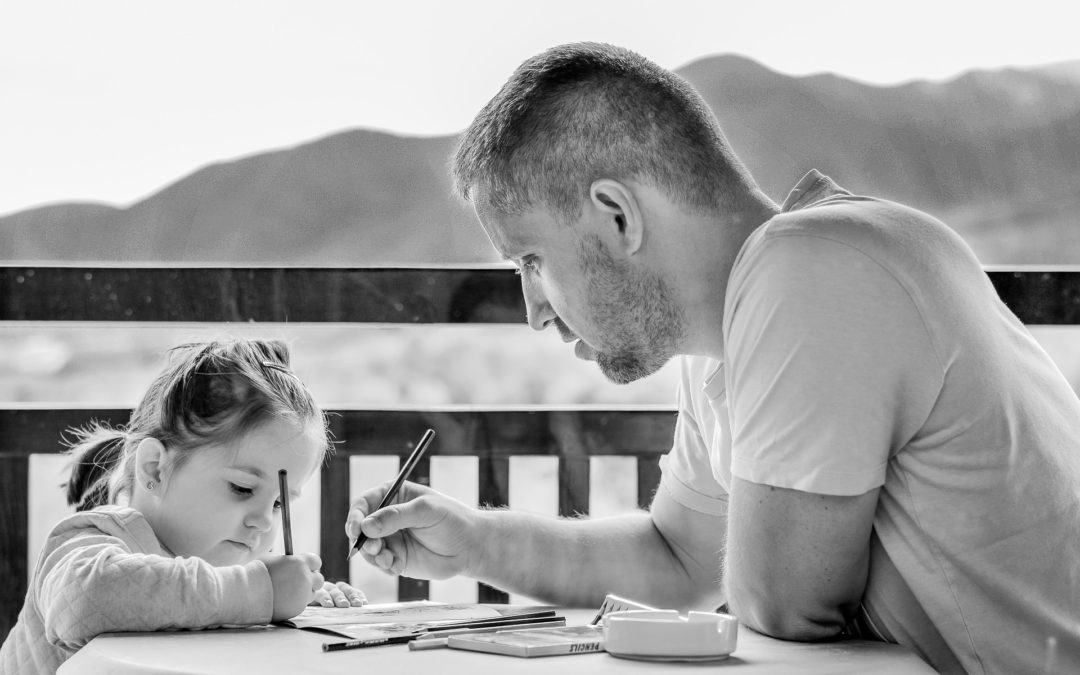 This is the first of a series of articles* for teachers of very young learners, linking highly-practical, tried-and-tested activities by Ola Komada (Teddy Eddie) and ELT methodology background notes by Grzegorz Śpiewak (deDOMO Education).

In my long experience in teaching Young Learners I have always appreciated parents’ involvement. It is easy to notice that pupils that can rely on their parents’ help and support at home make bigger progress. Probably that is not a great discovery for you, either. However, as much as we know that parental involvement is crucial, we also know that it is not easy to accomplish. Parents do not always listen to us or even if they do, they do not always remember what we have asked for. That is why I would like to recommend five ideas that I have tested with my young learners’ parents. Ideas that really worked! Thanks to them my groups made regular progress, parents were involved and after a while they really appreciated that.

IDEA 1: GET TO KNOW THE PARENTS! First of all you need to know all your students’ parents. It might sound trivial buy are you sure you can recognize all your mums and dads when you meet them in a supermarket? Would you find a way to chat them up? This is the kind of relation you need to develop as only then it is possible to have genuine influence on parents. How to do that?

IDEA 2: A CONSTANT REMINDER If you believe that a welcome speech at the beginning of the school year and an open lesson at the end of the first semester is enough, let me tell you this: it isn’t! Parents quickly forget that their child attends an English course and is obliged to listen to the class CD at home. Your role is to create a system of reminders. A ‘system’ means the reminder must be clearly defined and regular. I am going to offer a few ideas but you should choose one or two that work best and stick to them.

IDEA 3: MAKE PARENTS’ LIVES EASIER In today’s world parents are the busiest creatures of all, trust me, I am a working mother of two J You should make your pupils parents’ lives easier, not more complicated. If you want your students to do something with mum or dad, make it as simple as possible.

IDEA 4: USE THE STRONGEST WEAPON… …which is… their children! Motivate parents through their kids.

Time for a real life anecdote 😉 I asked my pupils to “say something in English to their parents before they go to bed.” During the next lesson we sat in a circle and I asked them if they had remembered to do that. Marysia raised her hand: – I said “goodnight” to my mum. – Great! And what did she say? – I asked. – She taught me an English rhyme: “Good night sleep tight…” [she mixed Polish and English here] – Wow, do you remember that rhyme? Can you tell us? This situation ended with the whole group learning this rhyme by heart. What a great learning moment! Triggered by a child, developed by her mum, and continued in the classroom.

IDEA 5: PAPER IS PATIENT I tend to use various kinds of “props” (usually paper ones) to somehow “mark” the things parents do at home with their kids. It works as a reminder and it records their actions, so it is motivating and practical at the same time.

Obviously following all my suggestions at once may well be too much for parents (as well as yourself). However, if you choose a few such tips, stick to them and remember that RELATIONSHIP and REGULARITY are the key words here, I am sure you will notice bigger progress in your young learners and increased appreciation in the parents. 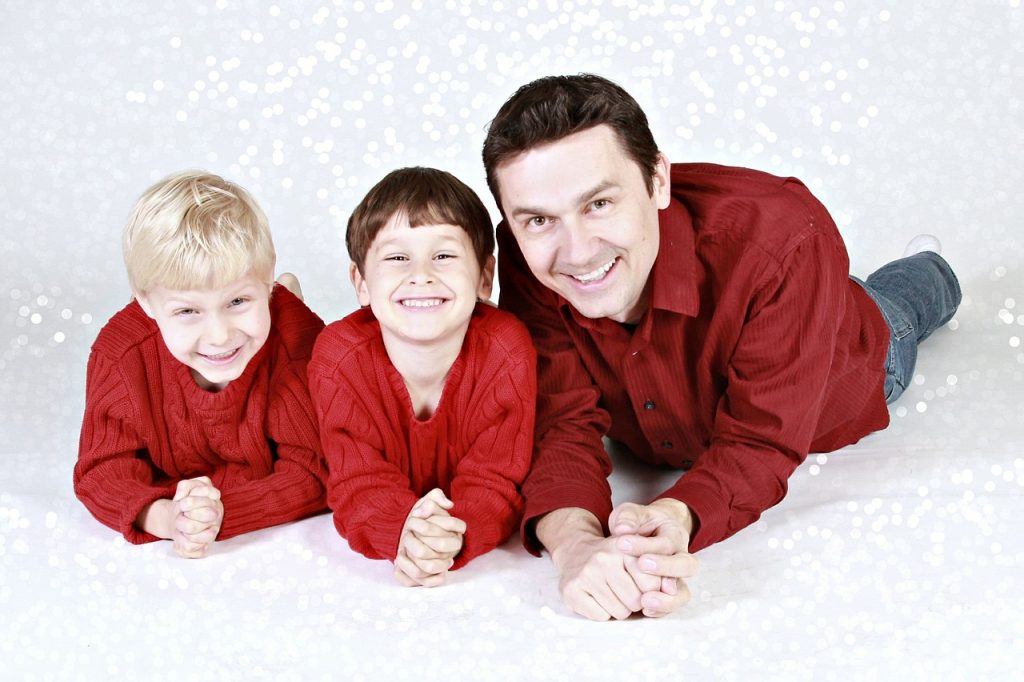 Parents as key foreign language educators At first glance, any attempt at giving parents any role other than that of their child’s English homework custodian seems risky at best. For one thing, the great majority of parents do not happen to be foreign language teaching specialists. Nor do they speak English flawlessly themselves. And yet it is parents who arguably hold the key not just to a fully bilingual education of their child but at the very least to providing him or her with most valuable L2 experiences, possibly the only genuinely convincing ones so long as the child lives and learns in Poland, surrounded by the mother tongue, with little or no reason to use English to anyone, until foreign holiday time finally comes – but then it is far too late to start learning anyway…

For all their lack of professional training in EFL methodology, parents have got one key advantage over even the best-trained ELT specialist: an unconditional, biologically determined instinct to lend support to their child in any endeavour, educational or other. It is arguably this instinct that lies at the heart of their universal success in teaching their child to speak the mother tongue. More about this below.

As regards foreign language competence, their fears are a reflex of a certain educational attitude that can be described as harmful perfectionism. Its cornerstone is the myth of an idealized language learner whose L2 competence makes him or her indistinguishable from a native speaker of that L2. Attractive as such a learning goal might seem in theory, in practice it is virtually biologically unachievable to nearly all learners, save for a handful of super-gifted individuals. And, worse, it is damaging to everyone else’s self-esteem as language learner, undermining one’s effectiveness as language user (cf. Walker 2014). The latter is where ‘harmful perfectionism’ surfaces: the fear of not having achieved the idealized goal makes the parent doubt his or her L2 competence and, as the result, raises undue anxiety at the thought of opening one’s mouth in L2 in front of the child, for fear that the child will learn “broken”, error-ridden English from mum or dad. It should be stressed that such an attitude goes directly against everything that we currently accept as the legitimate goal of foreign language pedagogy, which is communicative effectiveness rather than formal linguistic accuracy (cf. Council of Europe 2011). In this view, departures from the (idealized, abstract) linguistic norm matter only insofar as their negatively impact on one’s communicative success; in other words, errors are not only seen as a fact of any learner’s progress path but as key markers of one’s learning process (cf. Śpiewak 2013). Most importantly, every act of language use is par excellence an act of language learning – and this relationship concerns every user, big or small, including the young learner, as well as her mum and dad. In short, the sooner parents accept that not attempting to use English for fear of making a mistake is a lot worse than communicating at all costs, the better both for themselves and above all for their child, whose attitude to using L2 can only be healthy if it is developed on the basis of her parents’ positive modelling in this crucial area.

When it comes to their role in their child’s L2 education, they deserve to be reminded of their L1 success story and encouraged to draw on their natural strengths rather than lament their putative deficits. Notably, the accumulated EFL wisdom has as yet not yielded a teaching method that would come even close to the results of L1 training provided by non-specialist parents to their child(ren). And, while there are well-described differences between L1 acquisition and L2 education, there are equally powerful parallels between the two which have been relatively neglected in the literature. Time has come to redress that, one recent attempt at which being the deDOMO approach to non-formal language education (cf. Śpiewak 2010). Its chief claim is very much on spirit of Michael Geisler, a vice president at Middlebury College, which runs one of the most successful language-immersion schools in the USA. According to Geisler, one needs four key things to learn a language: use it (rather than merely study it), use it with a purpose (rather than only for display and/or to please your language instructor), use it in context and use it in interaction with others (rather than in front of a screen, no matter how supposedly “interactive” a particular technology is). As for the ‘context”, Geisler considers it one of the greatest weaknesses of traditional language programmes – arguably, home is one such potentially very powerful context, particularly for a young learner, for whom it is crucial to lower the affective filter when making his or her first, feeble attempts at L2 communication. And where is our best chance for overcoming the initial “foreigness” of a foreign language if not in the inherently supportive domestic environment?! In purely linguistic terms, home is also a very clearly defined ‘context’ for a relatively predictable set if high frequency structures and lexical items to recur as they are closely related to the daily routines of domestic life and result from recurrent interaction patterns between the child and its main care providers. The latter is a most fortunate coincidence for anyone who – like Loren Siebert (cf. Tsui 2012) – amplify the role of naturally occurring, spaced repetition as an essential weapon in the battle against otherwise inevitable forgetting of most L2 items. It is precisely the routinized nature of domestic exchanges that offers a truly unique environment for such repetition to take place over time. In sum, the home in general and parents in particular should be recognized at long last as key allies of any modern language professional.

*this article was first published in the Teacher Magazine 03/2015